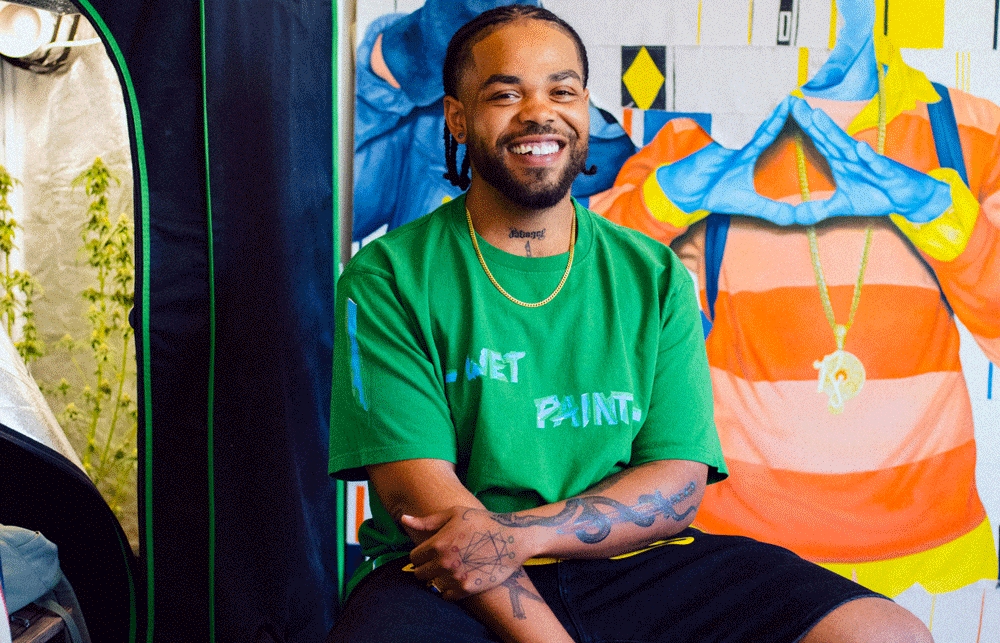 At first glance, the Slanguage series appears to be a playful confetti of pop culture and simple everyday life. Bart Simpson joyously dances down the aisles of a grocery store, a Smurf snoozes on a pile of cabbage, and Sponge Bob dutifully mops the floor. For Troy Lamarr Chew II, the LA-based, SF-trained painter, these works serve as a place for pop and still life iconography to celebrate lyricism and choreography, employing hip-hop sayings and the history of dance to create compositions that vividly portray a deeper sense of how cultures present themselves. In his show this past winter at Altman Siegel in San Francisco, The Roof is On Fire, viewers could download an app to actually see, on top of the paintings, the dances that Chew was painting, the different poses where he captures his characters in motion. It was innovative and playful, but also, a psychological study of what we see and how we see art in the 21st century.

While this seems to portray Chew as some sort of digital visionary, he’s much more of an Old World painter than you might presume based on this exhibition. Taking art historical narratives like still-life paintings, the self-portrait, and Folk Art, Chew then takes the most contemporary and evolving language of hip-hop and its coded meanings and applies them to these overarching motifs. With a background in psychology he hypothesizes his ideas in each series, but underscoring the work is a manifestation of the self as constantly evolving and exploring. The work is dense but approachable, and at heart, the dissemination of modern language through a dynamic, visually historic form.