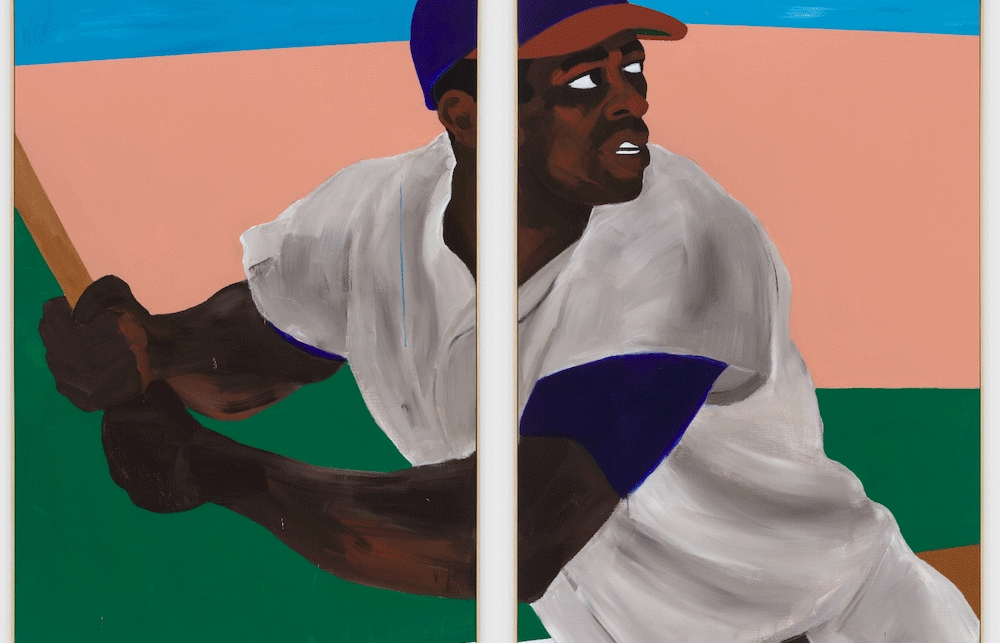 Your work really meshes with the theme of this issue. Is there anything you wanted to talk about in terms of movement related to what you're doing currently or plan to do.
I'm very connected to movement as I practice. While not all my paintings depict figures moving, it always plays into what I attempt. I find that I enjoy painting most when I'm trying to depict movement and energy—I call them rhythm paintings. I really gravitate towards this type of kinetic energy appearing to come off the canvas. Because the paintings are two dimensional and flat, I try to create the illusion of greater movement from my brush strokes. It’s extremely challenging to paint in such a way that the movement is grounded and proportional.
You were saying you’re excited about things coming up at the end of the year.
Yes, I am. My year is pretty back heavy. I am looking forward to a solo presentation this year at the Armory show.
Awesome! Before we close, is there anything we didn't talk about that you’d want me to include?
I just want to add that, for me, it’s important to help others, especially younger Black and Brown artists,in the way I've been helped; sharing information and experience in order to hopefully help them along on their path and understanding. In that way, I can give back to society what others have generously given me.
@eyesrevive