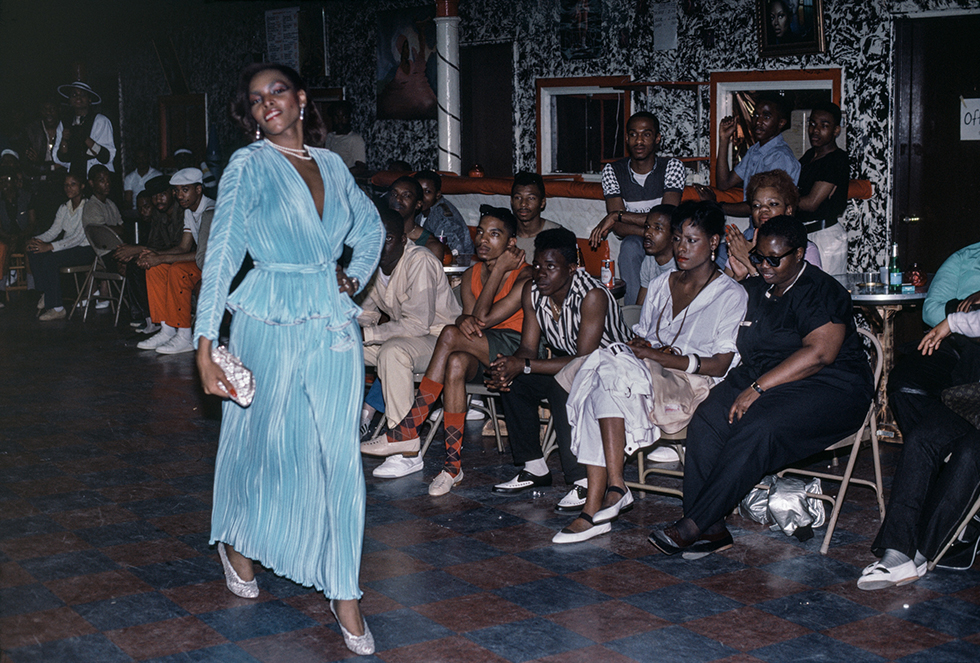 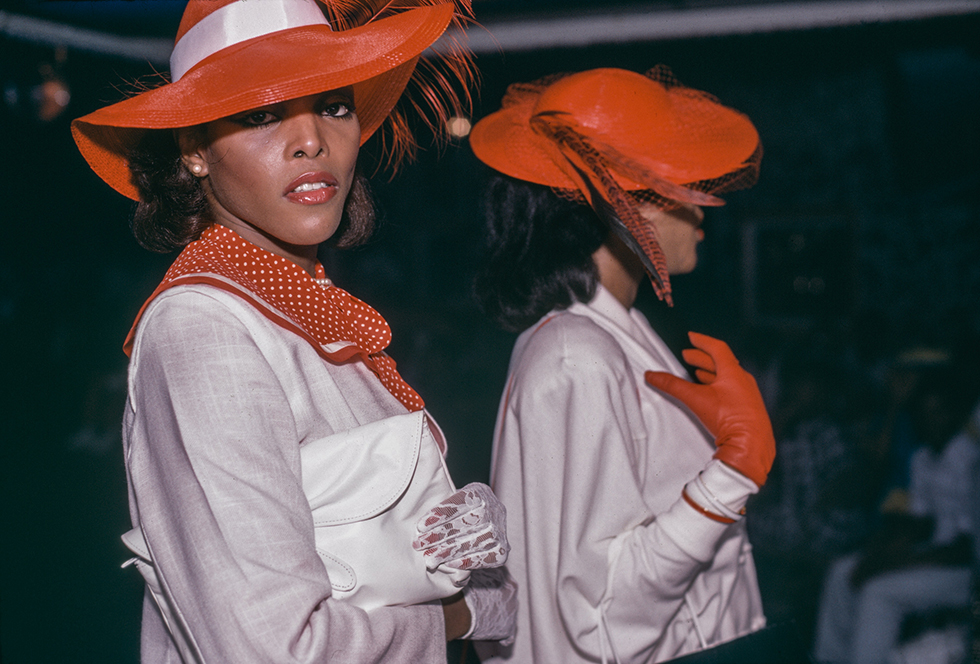 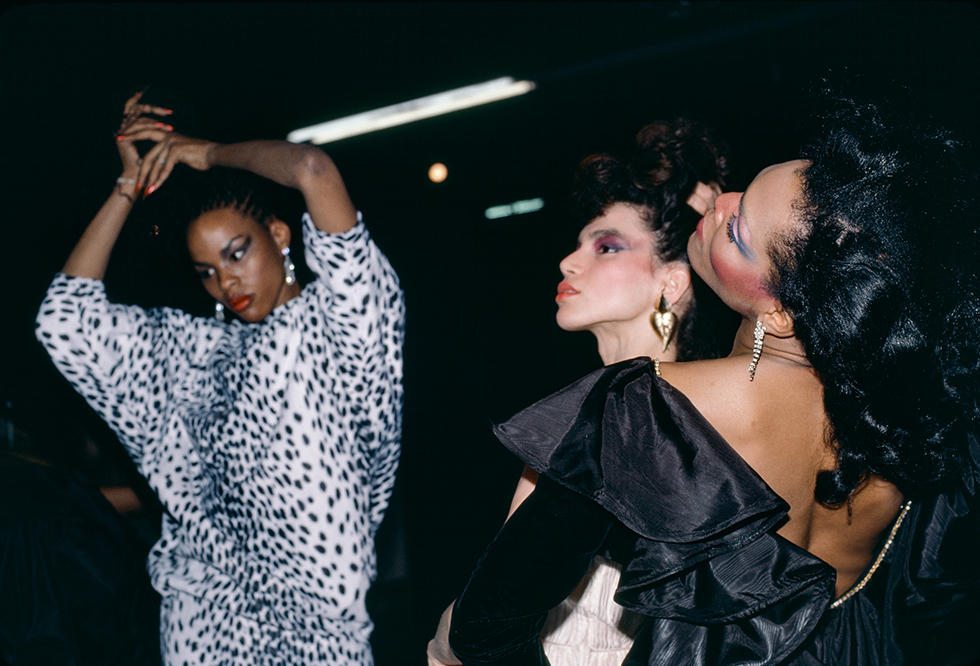 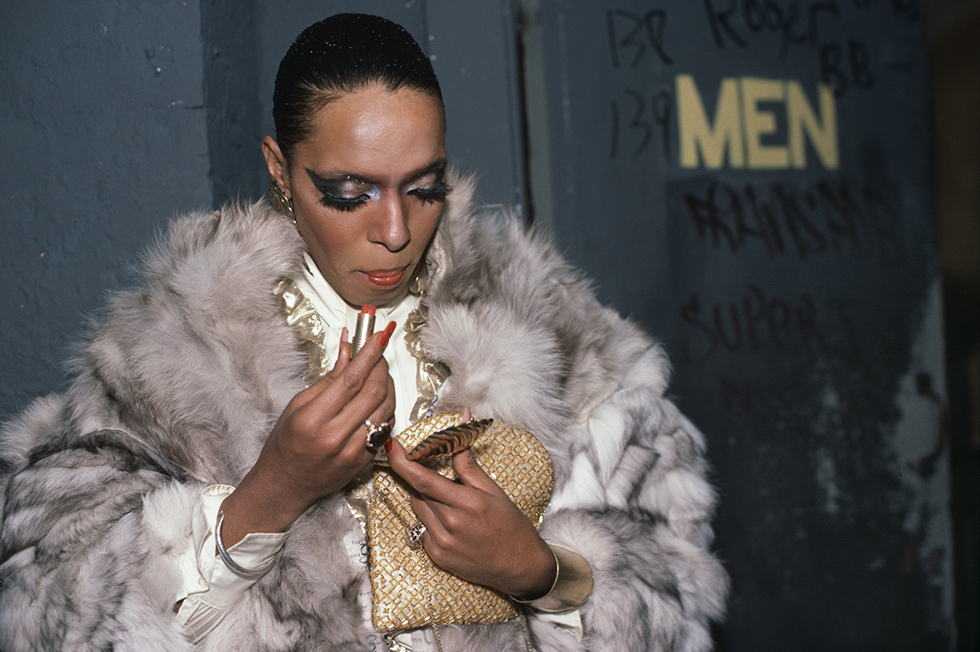 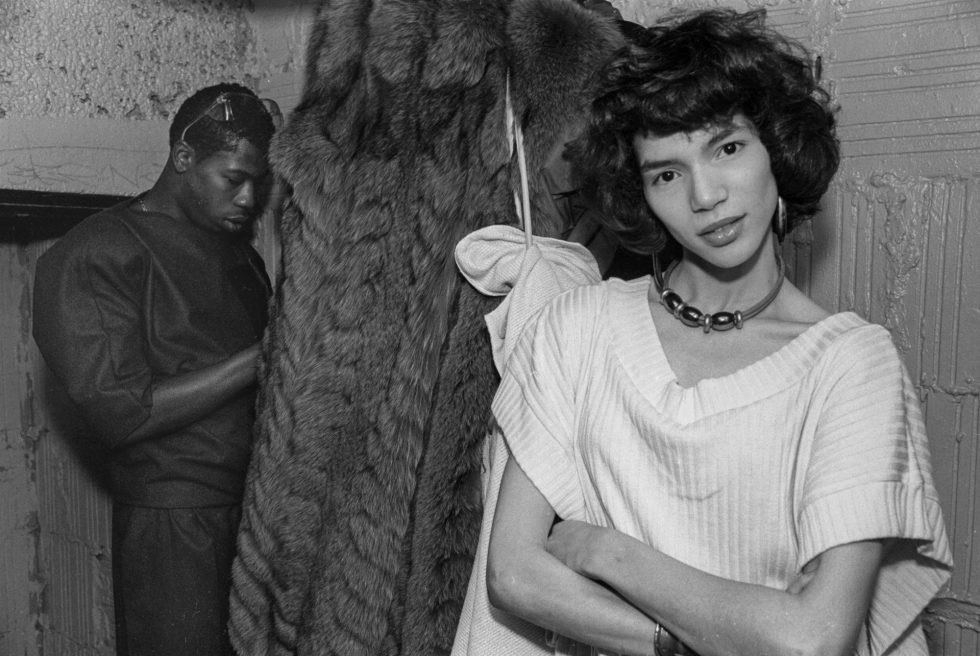 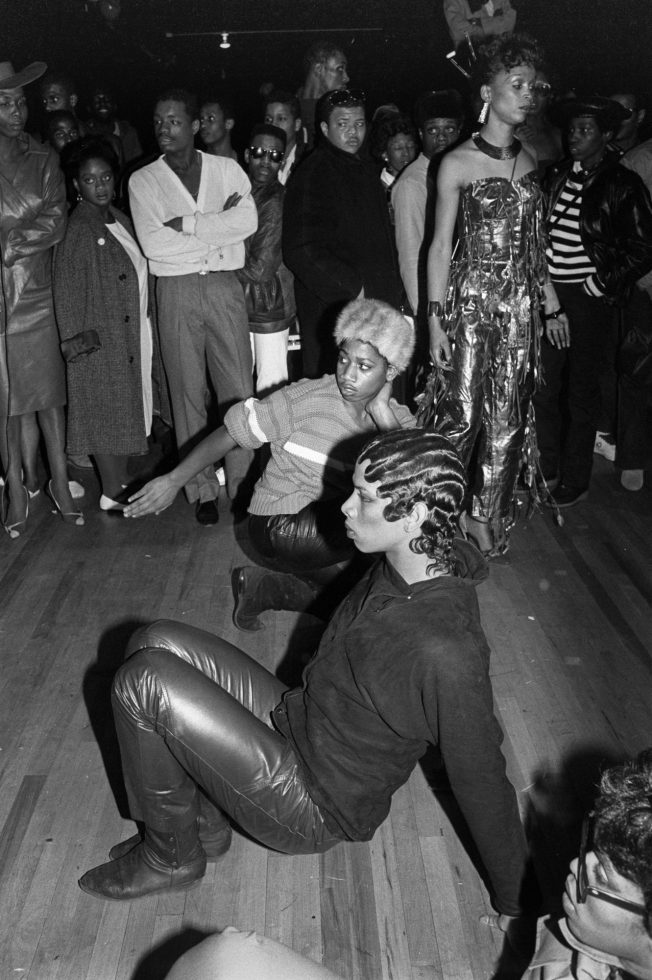 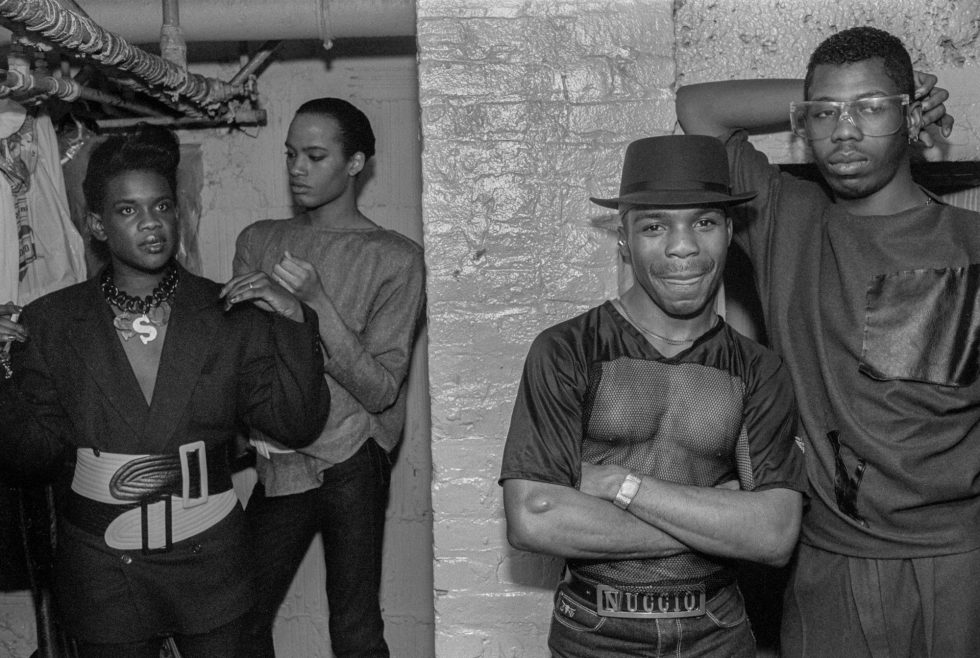 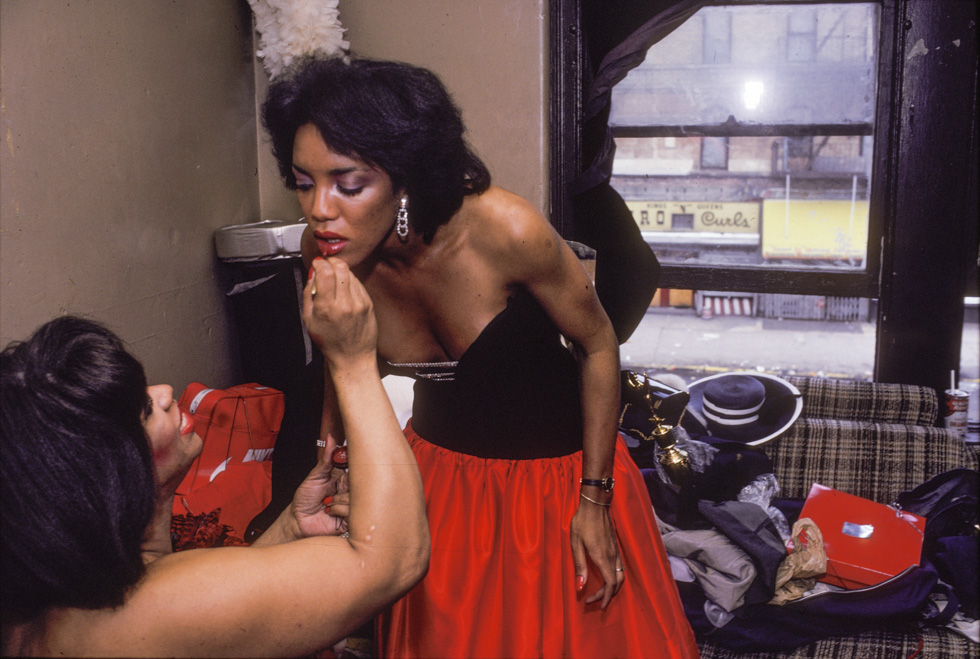 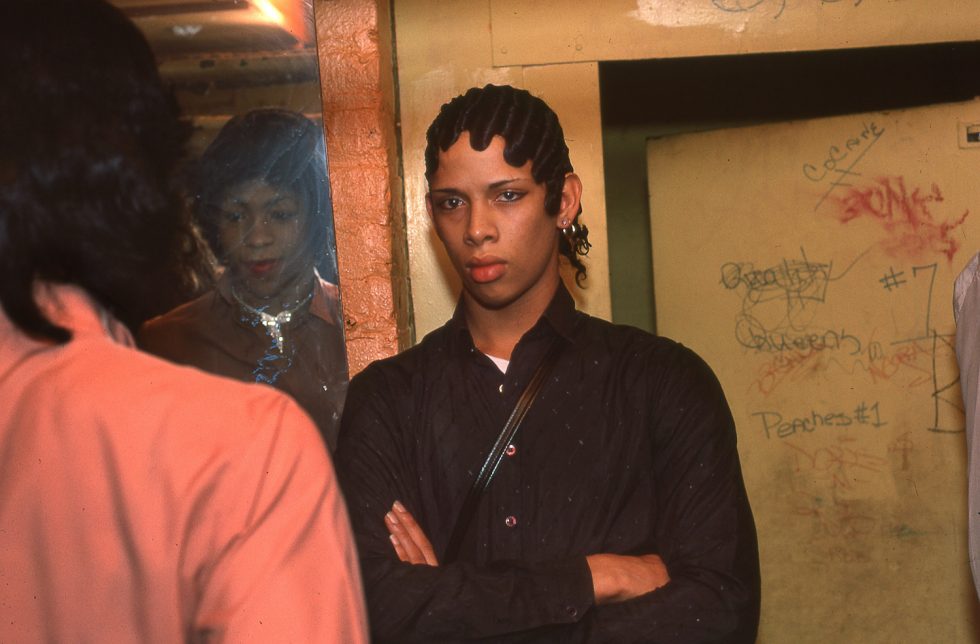 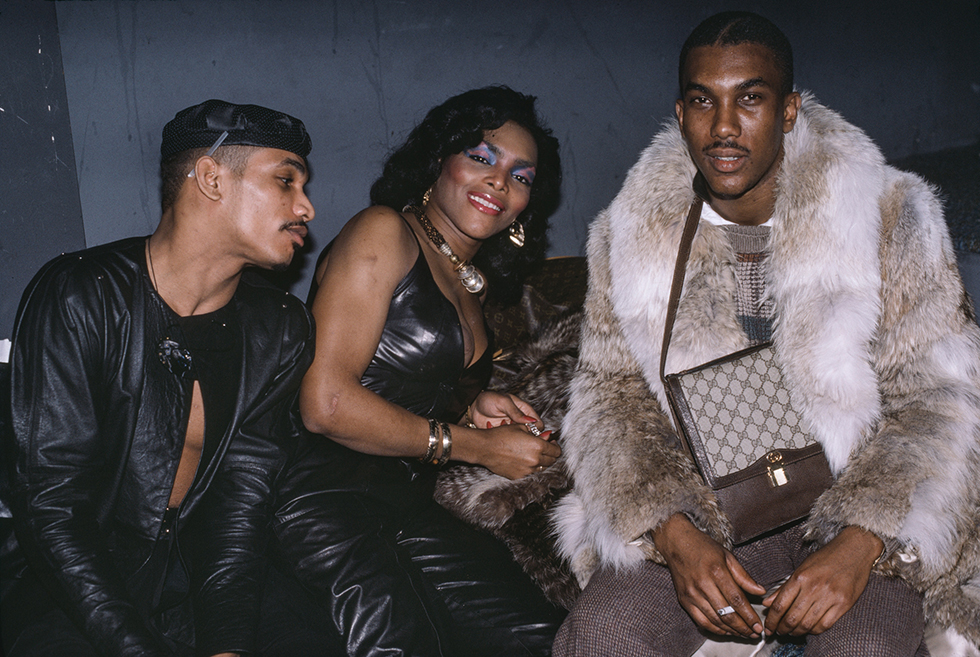 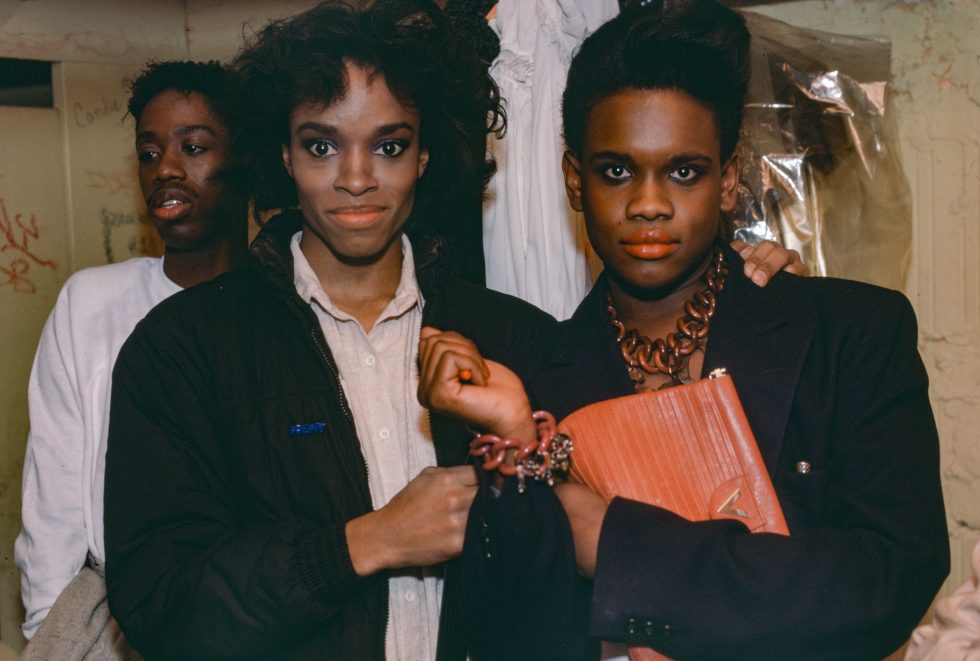 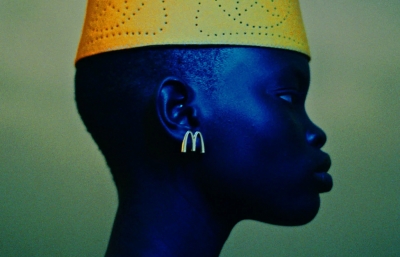 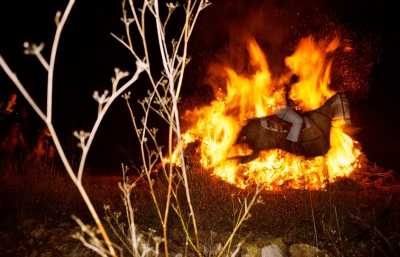 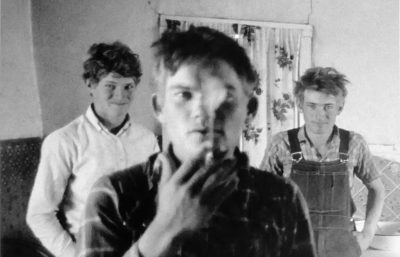 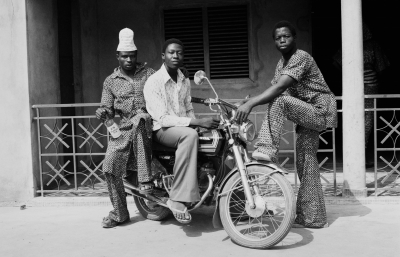 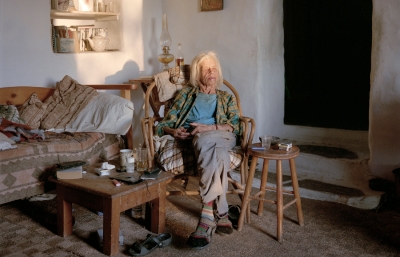 Photographing Isolation and Solitude on an Island in the Aegean Sea 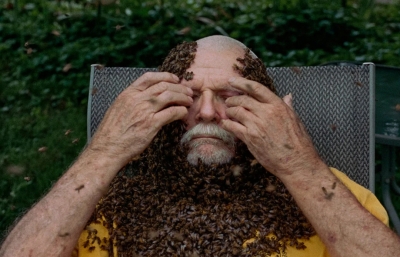 Mariette Pathy Allen began photographing the transgender community in the late 1970s. Through her artistic practice, she has been a pioneering force in gender consciousness, contributing to numerous cultural and academic publications about gender variance and lecturing across the globe.

In 1984, Allen was invited to attend and photograph a house ball in Harlem. The competitions began after midnight and ran to 8:00 AM. The space was very dark, and there were many, many categories including the Face Competition, Femme Queen Realness, Runway, etc. Contestants competed for trophies, prizes, and bragging rights. While Allen shot images of the action in front of the audience, she also invested much of her time and interest in the preparations backstage, shooting more intimate portraits.

Drag balls have been hosted in Harlem going back to the post-Civil War era. Writer Thad Morgan notes: “Attendees varied in race, gender, and sex—with some women taking part by wearing men’s clothes—but the main attractions were female impersonators who showed off their gowns and bodies to a panel of judges in typical pageant fashion.” The balls continued for decades and grew in popularity. Concerning the balls in the 1920s during the Harlem Renaissance, Morgan continues: “The era not only allowed African American artists—from painters and authors to dancers and musicians—to experiment with and reinvent their crafts, it also saw popular Black artists experience and explore gender, sex and sexuality like never before.”

By the late 1960s, the balls were still thriving. And while the pageants had long been interracial, it was common knowledge that the mostly white judges often favored light, European features. At the 1967 Miss All-America Camp Beauty Pageant in Philadelphia a white contestant was crowned winner, when Crystal LaBeija, representing Manhattan, cried foul, claiming discrimination against the Black and Lantinx queens. So, in protest, in the early 1970s, Crystal LaBeija and drag queen Lottie LaBeija established the House of LaBeija, the first ever ballroom “house,” with Crystal as the house mother.

From the beginning, house balls welcomed Black and Latinx queer, gay, and trans people. Functioning more as families than teams, the houses “were led by house ‘mothers’ or house ‘fathers’ to guide and groom their house ‘children’ for the world.” House culture thrives today across the country in many cities, especially in the Northeast.

Balls provide both a physical and mental space for the celebration and exploration of gender, race, and a wide range of societal themes. Categories offer moments to bask in the cultural types and personas that influence how individuals see themselves and the wider world. The ball functions as an incubator of self-identification and realization. Many of Mariette Pathy Allen’s images have focused on the public experiences and moments in the lives of transgender individuals. The 1984 house ball in Harlem offered Allen an opportunity to watch a community relish varying projections and expressions of selfhood.